OK, so it's been a while

I got back from that conference and the end of the semester came up and hit me in the face in a manner very much like a brick wall.  I made it through by dint of triaging (read: giving up everything except work).  And then, the day after I taught my last class (mind you, I was still "triaging"), this wonderful thing happened: 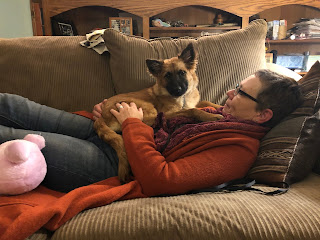 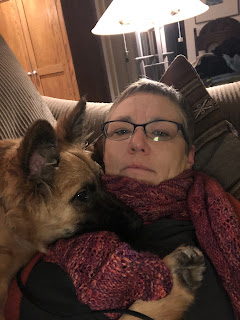 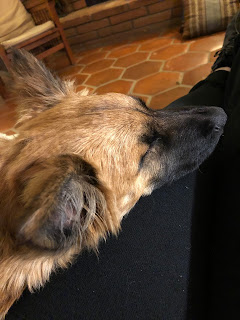 That's Pippin (Peregrine, but, you know).  She was four and a half months old in those photos.  Now she's closer to six months, and it's as if she's always been here.  That's not to say that Tilly isn't still a ghostly presence, always missed, but we are so glad to have dog energy back in this house.  And good dog energy, to boot! 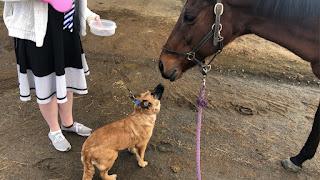 She has met Disco. 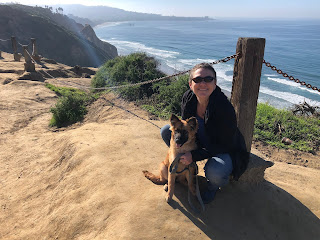 And gone for many many hikes.

And she's a big fan of keeping my feet warm while I'm working. 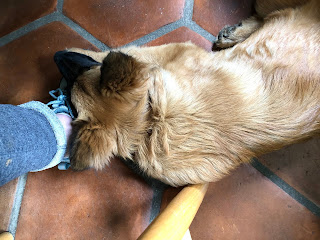 So, in the midst of many other things that have kept me busy, this has been a very good thing.  Hooray for Pippin!

Dudes, the last few weeks have been brutal.  I guess all there is to say is that I went to New Orleans, was home for a day and a half, left for Vancouver (which, I had to keep reminding myself, is in another country and therefore requires me to go through, oh say, customs, and which therefore meant I needed my passport), spent almost six days there during which I was nearly 100% constantly in meetings (barring a delightful two hours spent at the UBC Museum of Anthropology, which I highly recommend), was home for a day and a half, and then everyone came to stay for Thanksgiving.  It was wonderful to have my folks here and Kivrin home, and I had a ton of fun making an entirely new set of dishes (all taken from this cool NYT article), but on Saturday I fell over at noon and didn't get up off the couch until nearly 6:00, went to bed at about 9, and slept for 10 straight hours, and I'm still dragging.  Today's the last day of classes, and then it's me and a metric ton of grading.

But that's not what I wanted to share with you all.  The part I wanted to talk about is the fun of giving a handmade gift to a maker.  At the conference, there were a couple of people who had spent this past year doing massive amounts of behind-the-scenes work to bring off an event in celebration of the UN's International Year of Indigenous Languages, and it seemed to me that it called for something more than a simple thank you note or email.  Thus, handknits.

At a lovely breakfast with one of them, I gave her a shawl/scarf (I never quite know what to call one of those half-moon-type dealies), and was instantly reminded that she is also a maker.  Without a word, she took time to admire the stitches (from both sides), to look at the colors and the way they worked together, to feel the fabric and its drape.  She tried it on, and took it off and admired it again.  She talked about how she would use a pin that she recently made (that's her area of making) to wear it and how good it would look.  And then, just the other day, she sent me a picture of her wearing it.  Here's the thing: there's no way to actually know whether (a polite) someone really likes what we make for them, but the way a maker receives a handmade gift is such a delight - they appreciate the craft that went into the making, and they understand that at least part of the gift, is the gift of time and energy and creativity.  That's not to say that folks who aren't makers don't deeply appreciate handmade gifts - I regularly and with pleasure knit for folks who don't craft - it was just fun to see that other level of appreciation.

All right - time to tackle the inbox, and the ever-mounting pile of end-of-semester grading.  Wish me luck!
Posted by Jocelyn at 8:39 AM 3 comments: 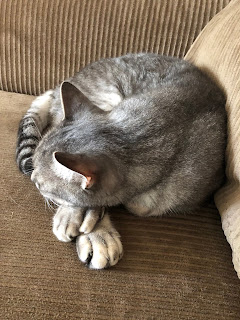 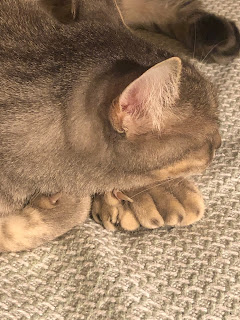 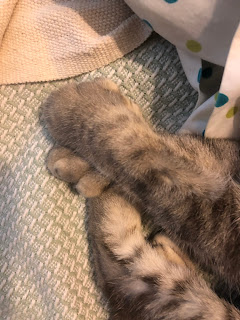 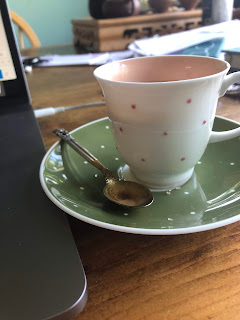 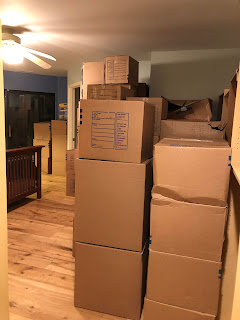 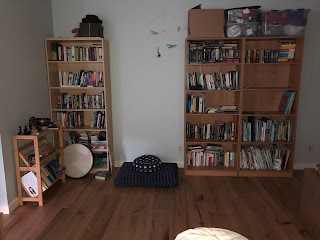 A few things have come together for me:

So, there it is.  I'm not saying that I didn't go around a few more times.  I have a lot of trouble giving myself grace (we've talked about this), and so there's been quite a bit of: but you said!  However, the statement part of me knows this: I said it to myself.  No-one will die or be harmed if I now say to myself that gentleness and kindness means renegotiating the terms of my engagement with writing.  There are times when "I don't want to do it" doesn't cut it - but this isn't one of them.

The fun thing for me about having initiated this project is that I am writing again - not only here, but in my journal, and other scribblings that I hadn't been giving myself permission to try, and that I now am; I'm looking forward to having more time for that.  I'm spinning again.  And there's a small part of me that is thinking of trying a creative sweater-sized project again.  All of that, I think, came out of the project of committing myself to doing this one creative thing every day.  I'm good with letting that creative thing be wider than writing here.  So, I'll be here, and I may keep that day count because I'm finding it interesting, but it won't be every day.

Meanwhile, with my "blogging time" on Sunday and Wednesday, I wound up that yarn and cast on for a hat.  It's getting cold in Seattle, and Kiv needs to keep her head warm. 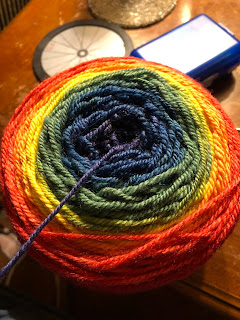 It feels like the house has been under construction forever.  Probably because it sort of has.  We had a leak last fall.  And then they found asbestos in the stuff that held the drywall sheets together.  And then they found mold. And then the repair caused another leak which ruined the floors in another room.  So that took well over six months to sort out.  And then we figured that, since we were used to chaos, and the dog had gotten so used to the guys coming and going she hardly even barked anymore, that it was time to pull up the (frankly disgusting) carpets in our back two rooms and replace the flooring.  We've only been in the house 17 years - I guess it was time.

So, this morning found me here: 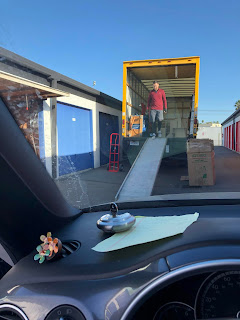 Sitting in my car grading while the movers packed up our stuff from the storage place, so that they could put it back in here: 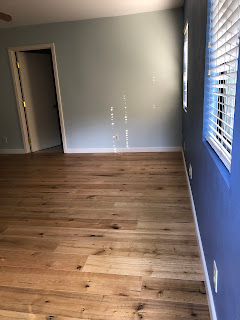 That's our room.  I wish I had pictures of both rooms, which have not only been refloored but (because, if everything is out and empty, you may as well get it done) repainted.  We've been out of our bedroom for two months at this point, and I am dying to sleep in my bed, and (even more excitingly) to have access to my clothes again!!  Unpacking looms, but it'll be good to be done with this project.